In 2019, post-Section 377 India saw a mainstream Bollywood movie, Ek Ladki Ko Dekha Toh Aisa Laga, starring Sonam Kapoor, playing a lesbian character. The movie was written for the screen by Gazal Dhaliwal and Shelly Chopra Dhar and is known to be inspired by the 1919 novel A Damsel in Distress by P. G. Wodehouse. Directed by Shelly Chopra Dhar, the movie also has Anil Kapoor, Rajkummar Rao, Juhi Chawla, and Regina Cassandra.

It is primarily Sweety Chaudhary’s story, who is a closeted lesbian, and her relationship with her father, Balbir Chaudhary. The movie is set in a conservative and traditional Punjabi family and attempts to bring out the perspective of homosexuality in smaller towns. It talks about the various troubles lesbian couples face when their natal families are against their orientation.

Ek Ladki Ko Dekha Toh Aisa Laga starts with Sweety running into Sahil Mirza at a theatre in Delhi. It is typical “love at first sight” for him, while she is preparing to escape her own life. As the regular Bollywood hero, he decides to pursue her and moves to Sweety’s hometown, Moga, Punjab. He proposes to Sweety, only to find out that she is in love with somebody else.

The second half of this Bollywood movie reveals the portrayal of a girl struggling with her own emotions. In a flashback, the movie shows how she struggled when she was young and, in the present, the father’s journey of coming to terms with the daughter’s sexuality. Sahil does come to the “rescue of Sweety” by standing by her as she comes out with her truth in public as a part of a theatre play.

Reading Sweety’s diary, Balbir sees how she has felt alone while growing up and chooses to defend Sweety and her lover. Seeing how he is now accepting and supportive, the audience applauds. Winning his battle, he opens a restaurant and starts a relationship with Chatro, with whom he has been flirting all through the movie.

Director Shelly Chopra Dhar brought the sensitivity of a woman to the story of Ek Ladki Ko Dekha Toh Aisa Laga. Both father and daughter have their own battles to fight. Anil Kapoor, the patriarch of the family, loves cookery shows and dreams of becoming “India’s best chef.” His battle is with his mother, who keeps him under control. On the other hand, Sweety, played by Sonam, is someone no one understands, and her true self is only revealed in her diary.

Sahil, played by Rajkummar Rao, pushes the story and film forward with his wit and charm. A huge chunk of the comedy and stunning performances in this mainstream Bollywood movie is by Anil Kapoor, Juhi Chawla, and Rajkummar Rao.

This mainstream Bollywood movie, Ek Ladki Ko Dekha Toh Aisa Laga, deals with sexuality and seeking acceptance from the older and more conservative family members, but the movie at its core is about love. How love cannot be shackled by societal norms and diktats. With the heart in the right place, the movie is written to smash the viewers’ ideas of right and wrong. It makes you change the way you look at love. 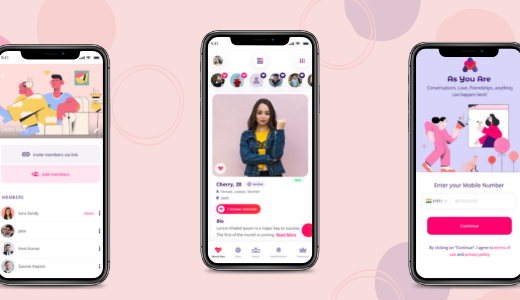