In English, a pronoun is a word used in place of a noun phrase or a noun to refer to an individual. Pronouns can either appear in first person singular or plural (me, I, we, us). They can also be used the same way in second or third person. Second person: (you), third person: (he/him, her/she, them/they).

Gender pronouns are pronouns specifically used to make reference to someone’s gender. These include: she/her/hers or his/him/he.

When people don’t identify within a gender binary, they use non-binary or non-gendered pronouns. These pronouns aren’t gender specific and the most common ones are them/they/their. For instance, if one doesn’t see themselves as man or woman, they may identify as gender queer. Consequently, they may prefer to use they/them/their as their preferred pronouns.

Some terms such as “he-she” or “it” shouldn’t be used since they are slurs against gender non-conforming and transgender individuals. If you don’t know an individual’s preferred pronouns, you should simply use their name or completely avoid the use of pronouns.

Why Gender Pronouns Are Important

It is essential to ask someone for their preferred pronouns. You cannot assume that someone’s appearance is in alignment with their gender. Unfortunately, we’ve only been taught to make these assumptions by judging other people’s appearances and using gendered language. As a result, we’re used to using words such as ladies and gentlemen, Miss/Mr, Sir, Ma’am, and he/she.

Due to this, a lot of LGBTQ individuals and most especially those who are gender non-conforming and Trans end up feeling invisible, disrespected, and marginalized. It is hurtful and disrespectful for anyone to have the privilege of not worrying about which gender pronouns they should use but still be unable to respect another person’s gender identity.

How to Respect Other People’s Gender Pronouns

We’ve already discussed how important it is to respect other people’s gender pronouns. This means that you refer to them by the pronouns with which they identify. If you have a set of pronouns that you’d prefer people to use when referring to you, normalize using them if you can.

Indicate your pronouns on your blog, website, or even your business cards. When you’re introducing yourself to someone, try saying, “Hi, my name is Anish and my pronouns are she and her”. If you don’t know someone’s preferred pronouns, try using their name instead.

Alternatively, you can ask them for their pronouns. It may be awkward but it’s much better than making assumptions that could hurt them. Ask them how they’d like you to refer to them or which pronouns they’d prefer you to use.

If someone isn’t comfortable about disclosing their pronouns yet, always make sure you refer to them by their name. They may not want to reveal their pronouns in public for reasons such as safety. Try this: Arjun’s bag is here. Could you please give it to Arjun? Notice how the name is used twice rather than using a pronoun?

If you make a mistake and use the wrong pronouns on someone, make sure you apologize immediately. If you do it in public, try not to cause a scene when apologizing. 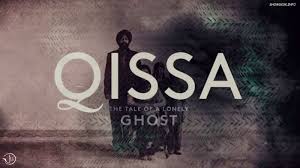 Qissa The Tale of a Lonely Ghost: MOVIE REVIEW